You always drive on LPG using petrol only upon your personal choice or when out of LPG.
Keep intact your car performance, travel safely and save money supporting the environment.

The system uses the same high pressure pump and the same petrol injectors, injecting the Liquid LPG directly into the combustion chamber.

The vehicle always runs on LPG, contrarily to other systems which use petrol in drive mode.

With the icom JTG HP system the changeover to petrol takes place automatically only when out of LPG or when the driver freely chooses to make the changeover.

The car performance remains unchanged as the icom JTG HP system is actually a direct injection of LPG and does not add additional injectors on the manifold which would negate any advantage of the Direct Injection technology.

The installation is simple and fast as the icom JTG HP system uses a limited number of components and does not require additional injectors and gas vaporizer monitoring. 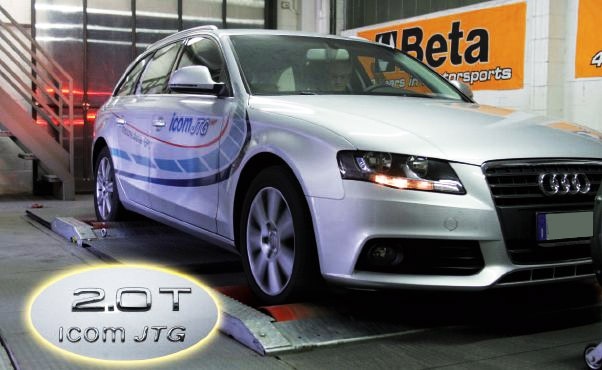 Thanks to the ICOM JTG HP system you can support also the environment  as with the installation of a JTG HP system there is the reduction of the CO2 emissions in comparison with petrol and an inferior emission of particles (PM10) and NOX if compared with Diesel, permitting to have a cleaner world.

With high fuel prices, installing an ICOM LPG JTG HP system means savings of about 50% if compared with petrol. 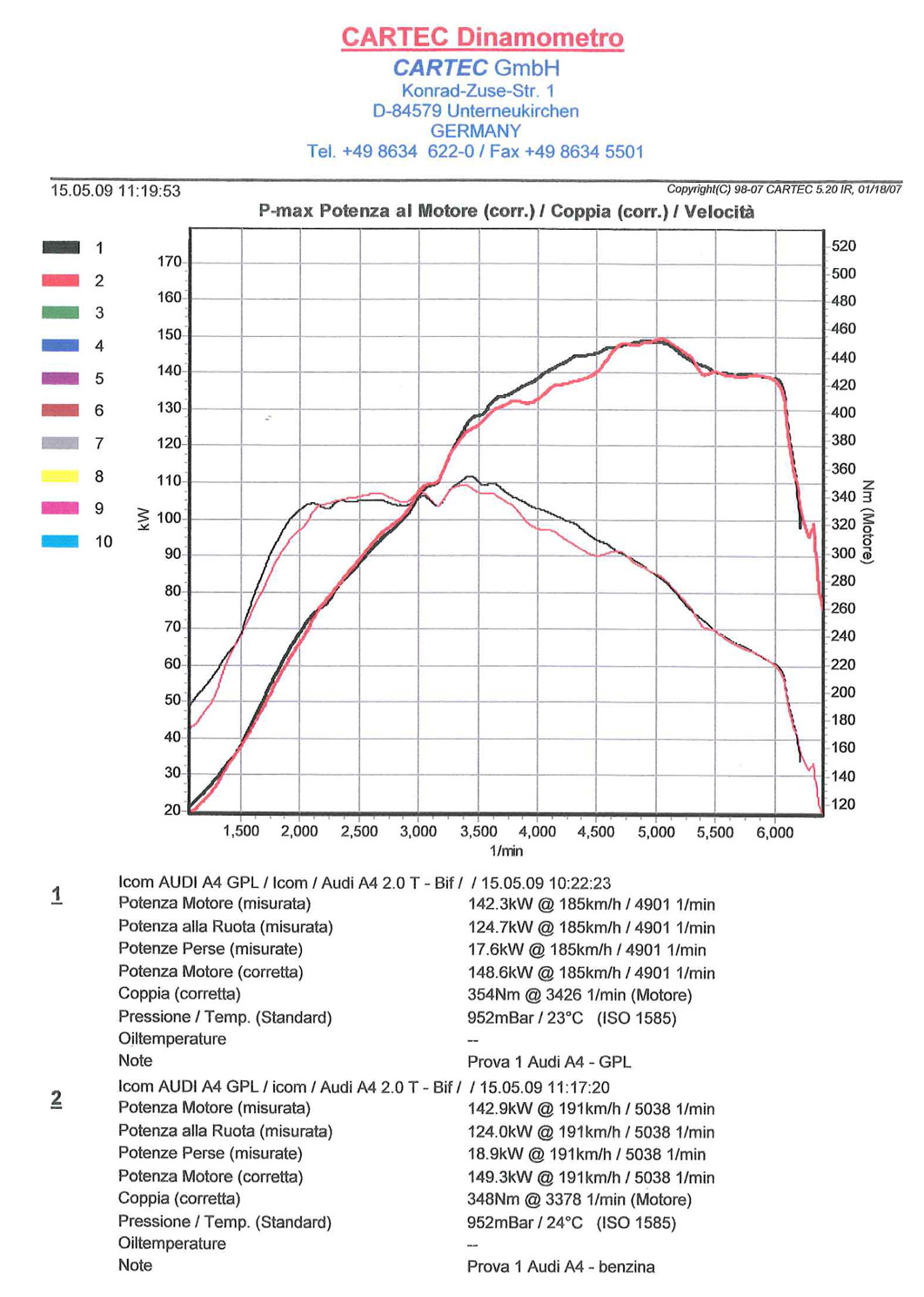 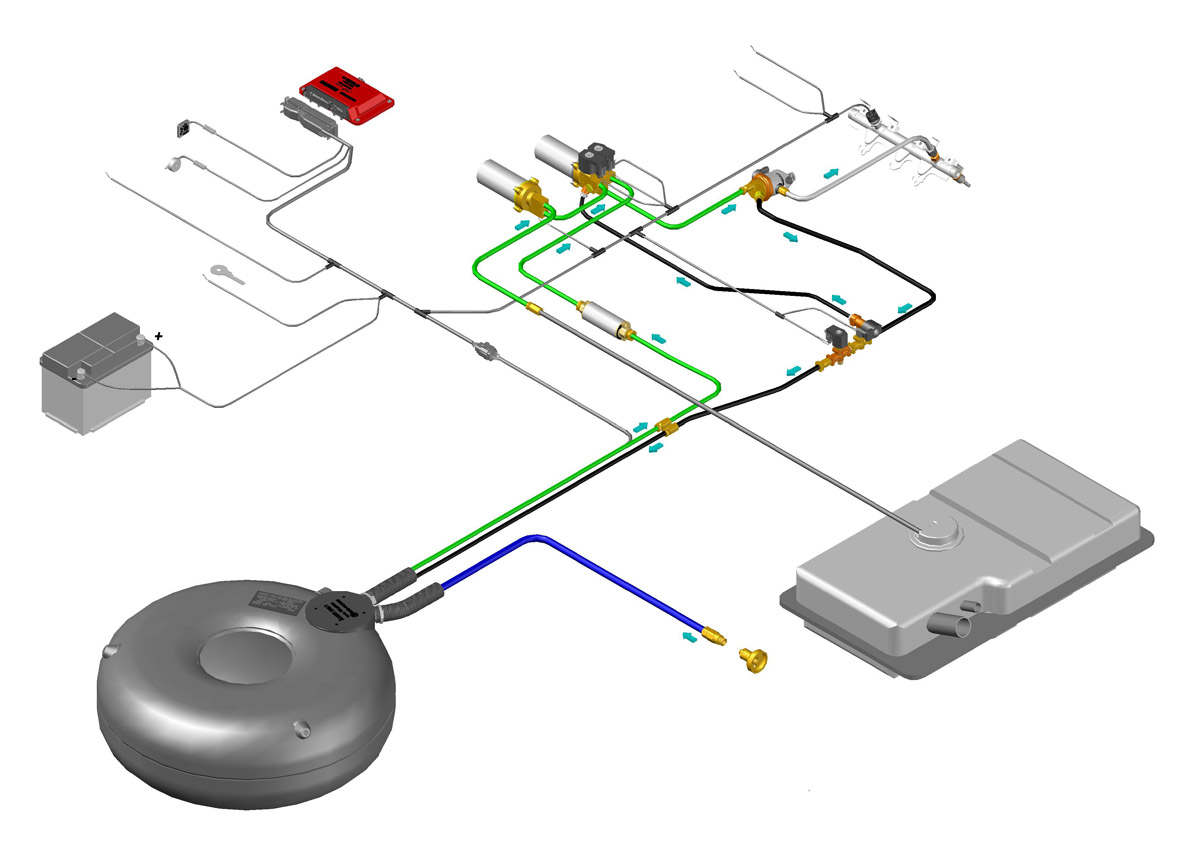 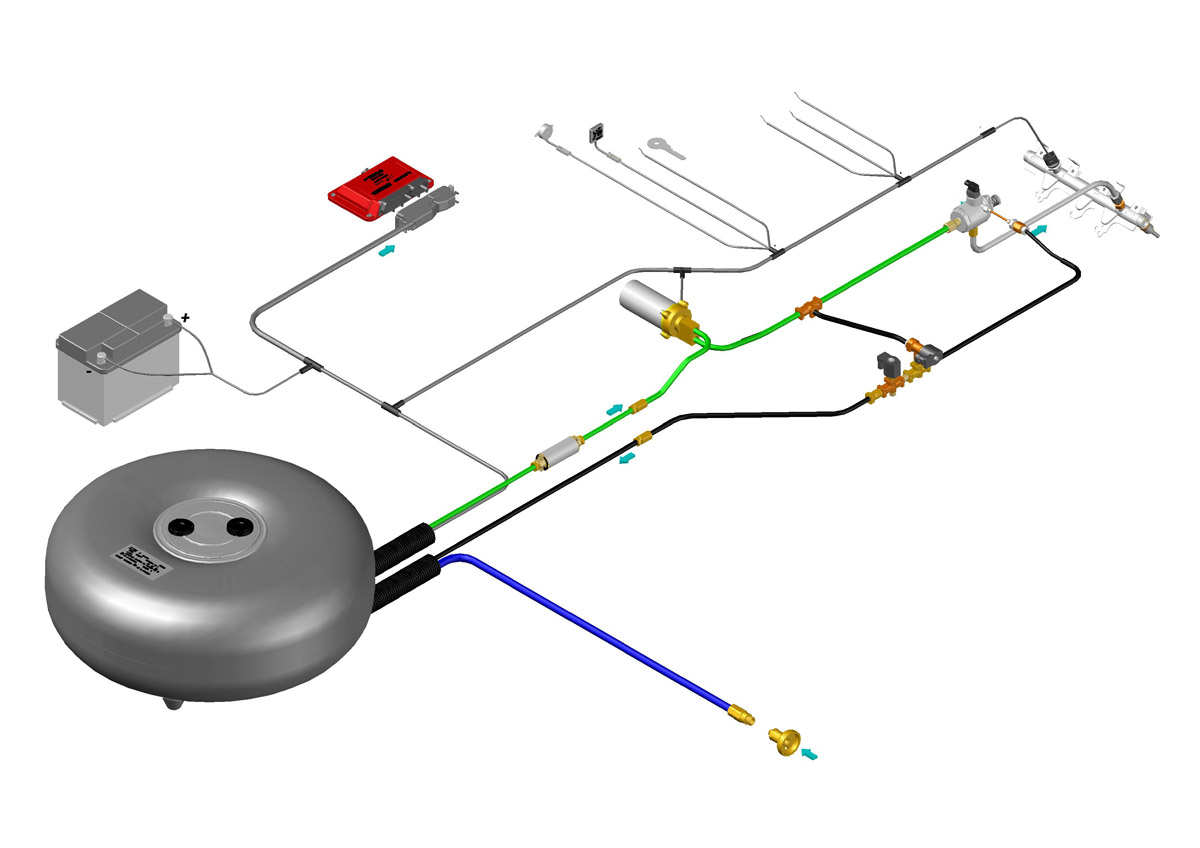 It enables the pump maintenance in any condition, also with the tank full of LPG.

Start up of the study and system development.

The first car converted is a Golf 1.6

Our German dealer starts the JTG HP installations in Germany

The JTG HP is shown at the Automechanika exhibition in Frankfurt  with an Audi A6 3.2 FSI and with a Mazda CX7, while it is possible to do a test drive with an Eos 2.0 TFSI  on the streets of Frankfurt.

The JTG-HP is shown at the Motor Show exhibition in Bologna with an Audi 4 2.0 TFSI

The Company makes the decision to develop an ECU of its own, creating within the premises an Electronic  Department.

In Germany are installed several  JTG-HP systems on cars such as Audi, VW, Seat, Skoda, Mazda and BMW.

The JTG-HP starts the test drive with the new ECU.

The JTG-HP is shown also in Korea  at the 2011 International Symposium upon invitation of the Korean Environment Ministry. The invitation was made after the visit of  a Delegation of University Professors and Representatives of the Korean Auto Industry, in the European companies.

At the Convention companies bringing innovation in the automotive industry were invited and the Icom JTG HP was the only system from the LPG industry present.

This website uses cookies to improve your experience while you navigate through the website. Out of these, the cookies that are categorized as necessary are stored on your browser as they are essential for the working of basic functionalities of the website. We also use third-party cookies that help us analyze and understand how you use this website. These cookies will be stored in your browser only with your consent. You also have the option to opt-out of these cookies. But opting out of some of these cookies may affect your browsing experience.
Necessary Always Enabled
Necessary cookies are absolutely essential for the website to function properly. This category only includes cookies that ensures basic functionalities and security features of the website. These cookies do not store any personal information.
Non-necessary
Any cookies that may not be particularly necessary for the website to function and is used specifically to collect user personal data via analytics, ads, other embedded contents are termed as non-necessary cookies. It is mandatory to procure user consent prior to running these cookies on your website.
SAVE & ACCEPT